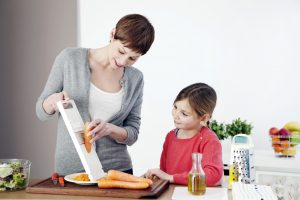 The Zone Diet, which has become hugely popular, involves what are known as Zone Food Blocks. These may appear complicated at first, but once you learn all about them, with the help of the information below on Zone Food Blocks explained, you will find it much easier to stick to this diet and get the results that it promises.

Zone Food Blocks Explained: They Are a Way to Measure Protein, Carbs, and Fat

Zone Food Blocks are designed to make it easy for you to balance the right amount of fat, carbs, and protein in your diet. Doing so will also help to balance your hormones and lose weight.

So, for example, if you are having a meal that contains 14 grams of protein, you would be consuming two blocks.

Calculate the Number of Blocks Allowed

Before you can decide upon the meal plans that will work with your diet, you need to figure out how many Zone Blocks you will be allowed to eat every day.

The number of blocks that you consume will also vary throughout the day, based on the meals that you are consuming.

While snacks between meals may only constitute one block each, breakfast might have you eating two blocks, while dinner and lunch may both have you eating three blocks. If your limit is 11 blocks, you can figure out what to eat at every meal so that you don’t go overboard by the end of the day.

Zone Food Blocks Explained: Foods to Avoid Including in Your Blocks

According to Healthline, there aren’t any particular foods that are completely restricted from the Zone Diet, which is great news. However, there are certain foods that are best avoided as much as possible because they are associated with an increase in inflammation in the body, which you definitely do not want.

Ready to Give It All a Try?

Now that you have a clearer understanding of what the Zone Food Blocks are and what they require of you, you can rest assured that you will be able to follow the Zone Diet accurately. Before long, you should start looking and feeling great as you slim down and tone up.